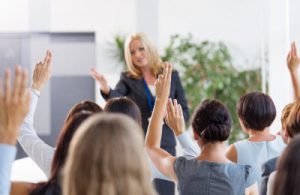 Perth sellers struggling to sell should look at going to auction, with reiwa.com data revealing it was 42 days faster to sell by auction in the metropolitan area than by private treaty in the three months to June.

REIWA President Hayden Groves said while auctions represented a small component of the Perth property market, those sellers who did choose to list their property for auction were experiencing significantly faster selling times.

âOn average, it takes around 70 days to sell by private treaty in Perth, but sellers who go to auction are achieving sales in as quickly as 28 days,â Mr Groves said.

âIn this market, when there is plenty of competition between sellers to secure a buyer, standing out from the crowd is paramount. Selling at auction has plenty of benefits for the vendor, with a short but high profile marketing campaign bringing serious buyers to the forefront quickly.

âYou also have the security of knowing if your home doesnât sell at the fall of the hammer, you can continue to negotiate a purchase price with those interested buyers after the auction using the more familiar private treaty method.â

reiwa.com data shows auction sales in Perth peaked in December 2016, lifting to 2.31 per cent of total sales activity in the metro area for that month, before returning to just below two per cent by March 2017.

âAuctions are still relatively unfamiliar to West Australians, but you only have to look to the East Coast, particularly Sydney and Melbourne, to see how successful this method of selling can be. I encourage WA sellers to speak with their real estate agents about whether auctions are the right fit for them,â Mr Groves said.